It is located in Rugongo cell, Rwenyangi   parish, Kamwezi subcounty in Rukiga district.  It’s near the border of Rukiga District and Ntungamo District

It is called Muhumuza stone because this is where Muhumuza was a lady, daughter of Nkazi whose husband was Rwabujiri used to rest on her journey from Rwanda to Nkole.

After the death of Rwabujiri, the husband of Muhumuza, Muhumuza (the lady) was chased from Rwanda because she was of a Chwezi clan when she was going to Mpororo (Nkole –region) Coming from Rwanda she first arrived at Nyakitabire in the boarder of Kigezi and Nkole and that is where she lived.

After settling, being from a chwezi clan and a king at the same time, she got people (people who worshiped her). People believed that she was their king.

Muhumuza coming to that village, she was coming from Nyakitibire where she lived heading to Nkole and decided to pass at that place, she never used to foot only that people carried her, when people got tired they decided to rest at that place where there is a stone.

People say that when she rested down on that stone where she would step using a foot, a foot marks would appear, and so on.

After resting, they would keep on the journey through the Nkole region to Mpororo where her palace was.

People go to Muhumuza stone for worshipping and it is believed that whatever they want can be got from this place.

Some People believe that, the water at that place is holy.

Some people believe that the sick could get healed if they worshiped, worship from there.

She was killed in Buganda 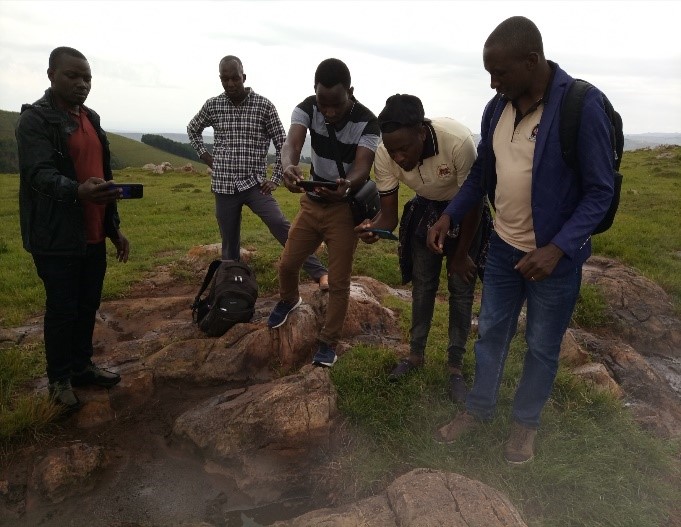